Beta Bot infection vectors include an illegitimate but official looking Microsoft Windows message box named “User Account Control” that requests a user’s permission to allow the “Windows Command Processor” to modify the user’s computer settings. If the user complies with the request, the hackers are able to exfiltrate data from the computer. Beta Bot is also spread via USB thumb drives or online via Skype, where it redirects the user to compromised websites. 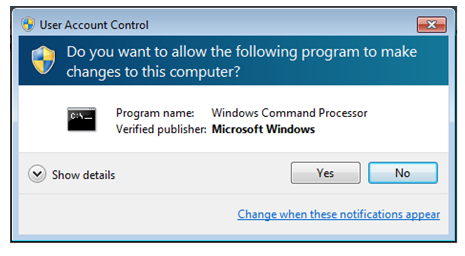 Although Beta Box masquerades as the “User Account Control” message box, it is also able to perform modifications to a user’s computer. If the above pop-up message or a similar prompt appears on your computer and you did not request it or are not making modifications to your system’s configuration, do not authorize “Windows Command Processor” to make any changes.